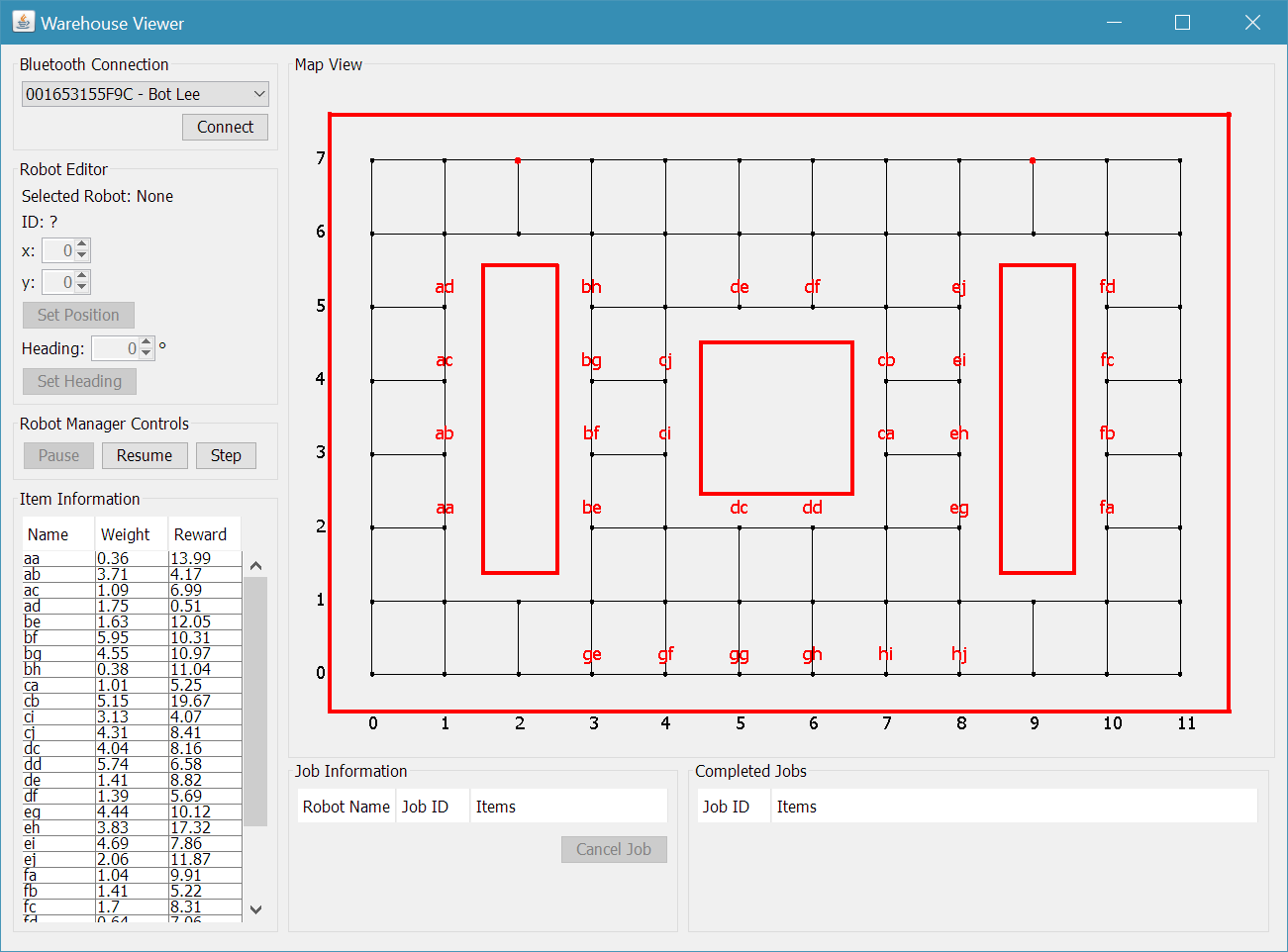 Our task sounded simple for this project - get a set of robots to pick up and drop off items in a warehouse. It turned into the most frustrating yet rewarding project I've worked on. I was working with a large group of 9 other students as this was a module for my first year computer science degree at uni. Each person was assigned a role, and then we were told to just go out and do it.

I was assigned GUI, but my role transformed into general bugfixer and integrator. I remember the final week was spent frantically trying to get the robots to route around eachother rather than bumping into eachother. Eventually I stayed up one night determined to get it working, and in the early hours of the morning, when the sun was rising, I finally made it. I stayed there for another 20 minutes, amazed that it worked finally. Then I packed up, and got a few hours sleep before the project final at 9am. 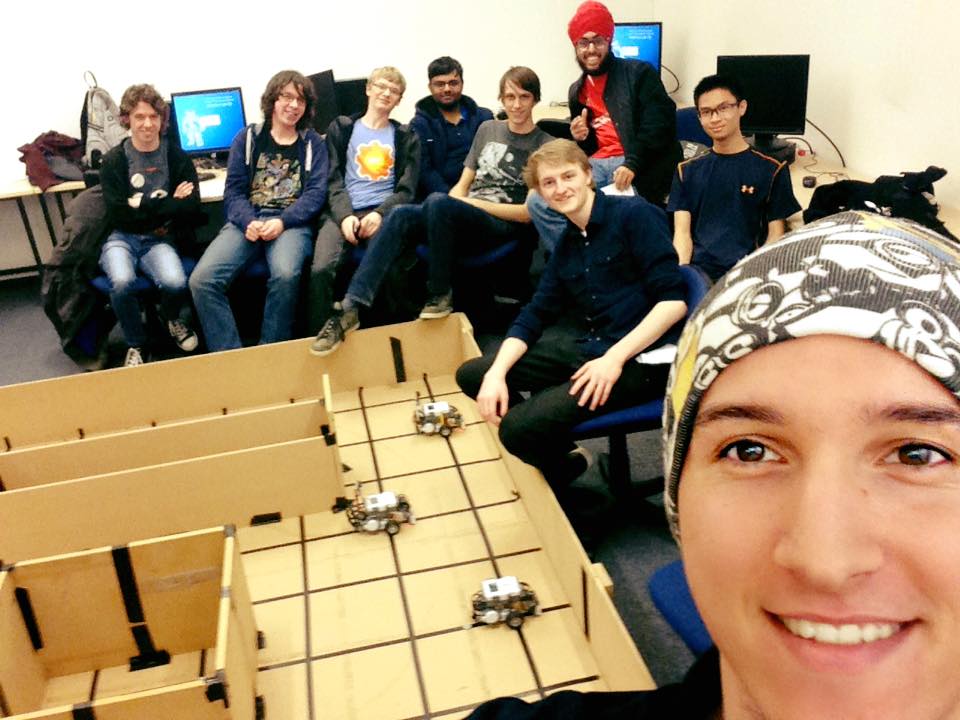 This project was also a challenge because it was the first time that I had worked in a large group before, and I believe that I really improved my communication skills on this project, and hope to further improve these skills.