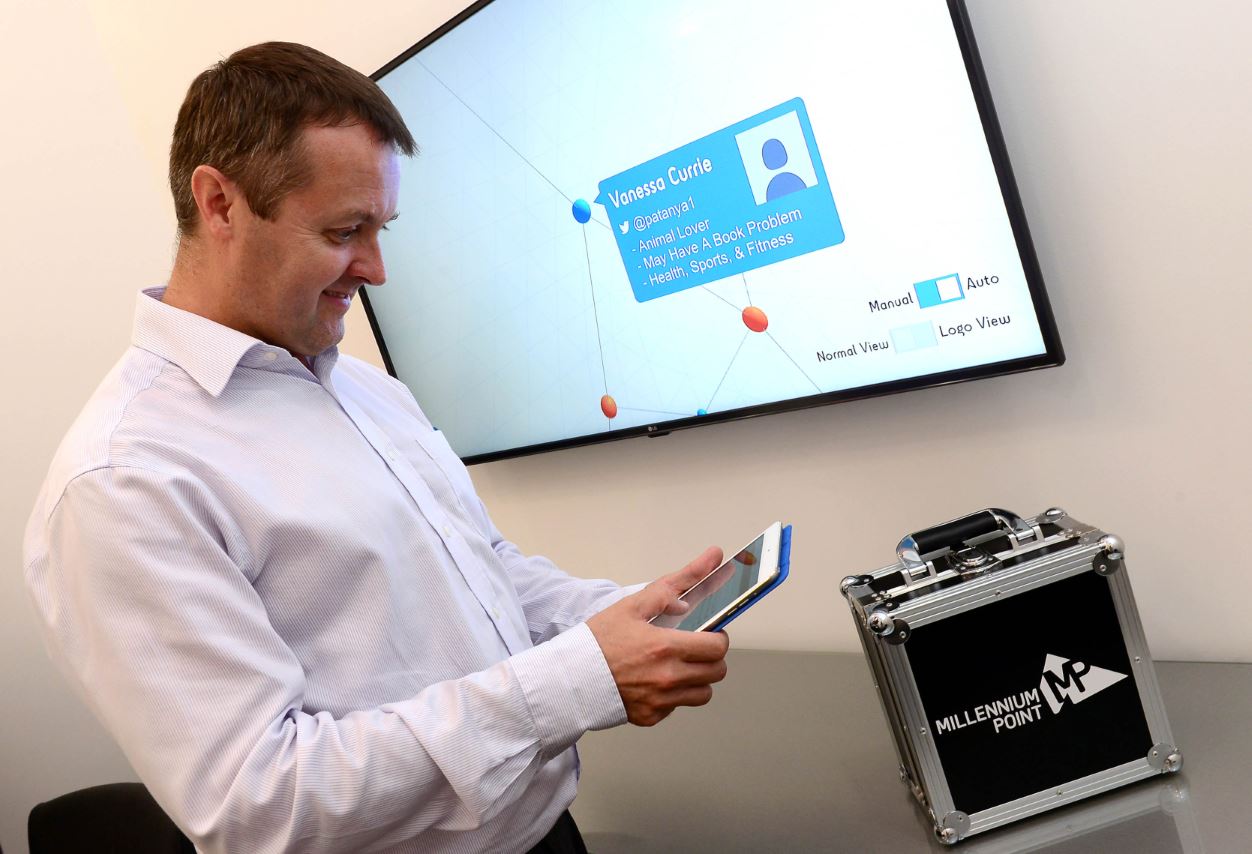 I developed LINC alongside Peran Truscott and Tom Goodman over the 2017 summer holidays. The project was funded by the wonderful Millennium Point, in order to advertise their new CONNECT space opening. We had two and a half short weeks, but we managed to generate a digital artpiece that captured the attention of the many people there.

Everyone entered their name and up to 3 interests into LINC, and they were displayed on a graph that connected people to their interests. The graph could then be explored manually to view who was similar to them, or it could be put onto auto mode to produce a cool screensaver.

For the visualisation front end we used THREE.js to render the graph, and d3-force-3d to simulate the forces between the nodes in the graph. The back end was developed using Python, with Django to manage the database and project. We also built a small landing page, with templates from HTML5 UP.

I learnt a lot on this project about web development, and I hope to further develop these skills. Have a look at the demo below to see how I did!